Druid Phantom
The concept behind this gun was to create an earth-magic vibe skin that feels like it grew out of the soil straight into the player's hands. I wanted to incorporate a harvest feeling alongside the magic without compromising the integrity of the gun structure.

Current rendered iteration. Will be reworked because of some layout changes I'm making after trying to display the gun in first person. 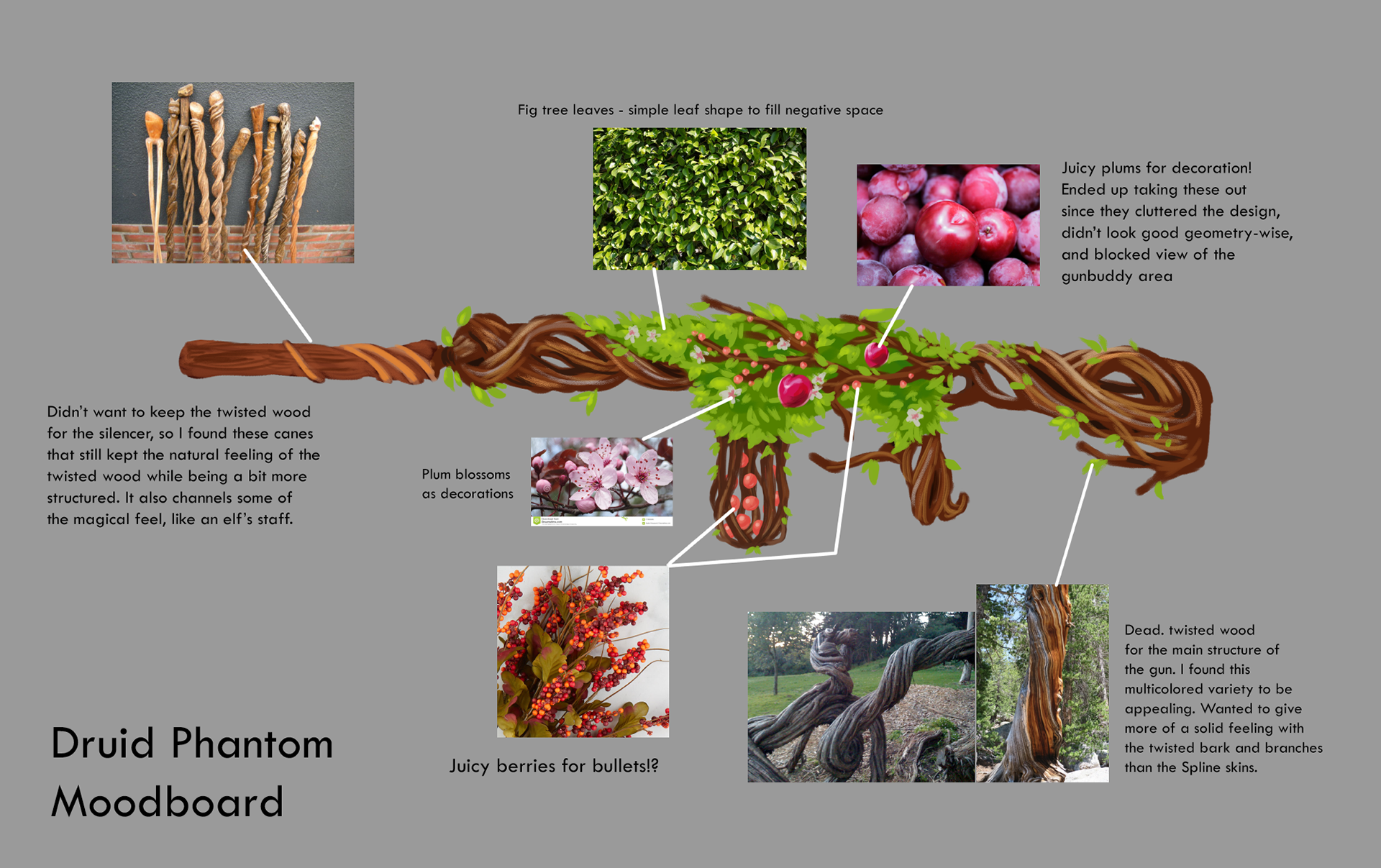 Initial moodboard for the visuals behind the gun. 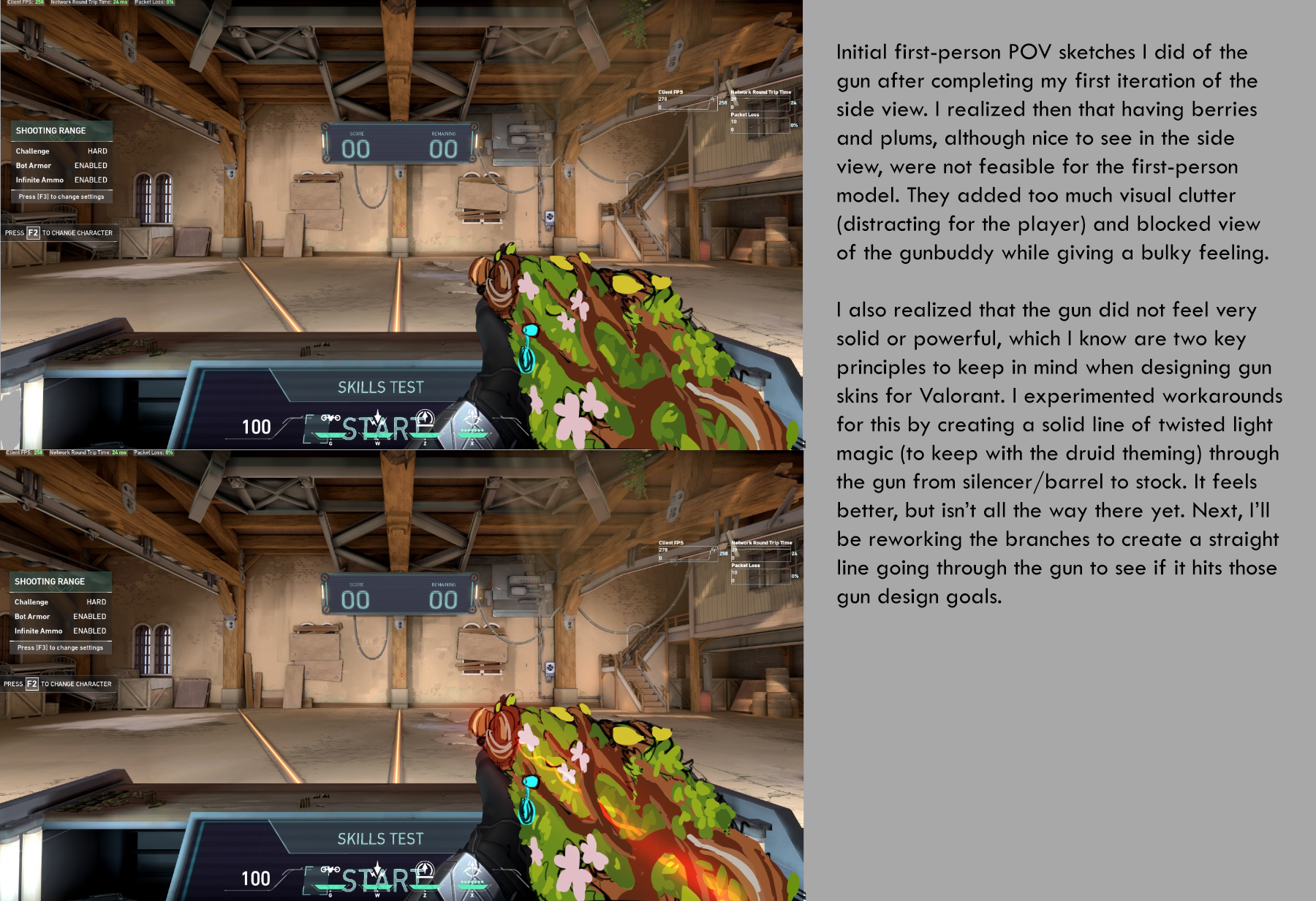 Lighting/VFX sketch concept for when the gun has been shooting for a long time and is starting to overheat.

Lineart version of the gun. 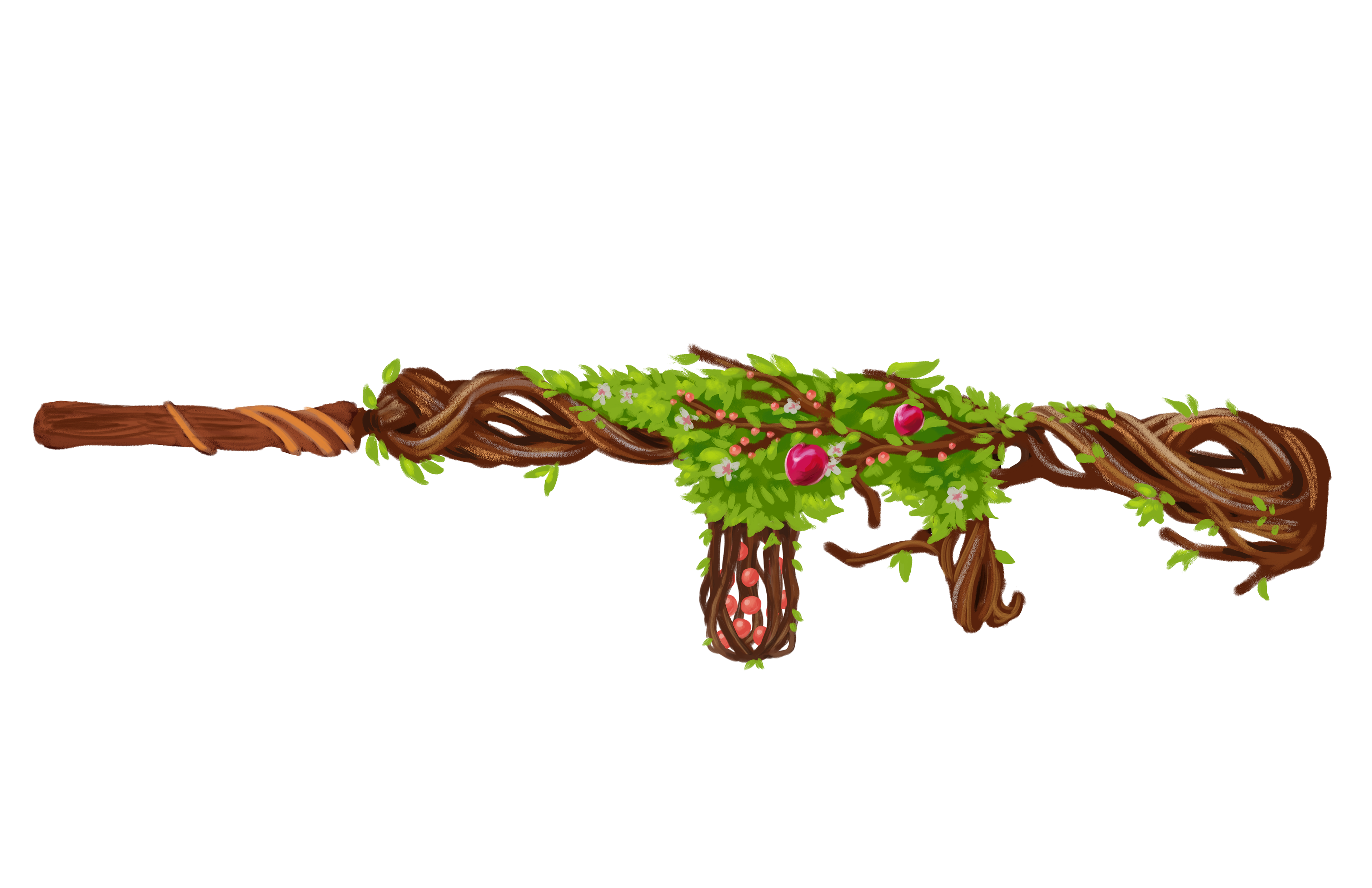 Initial sketch concept for the gun. This version had plums and a lot more berries, but for clarity reasons, I removed them. 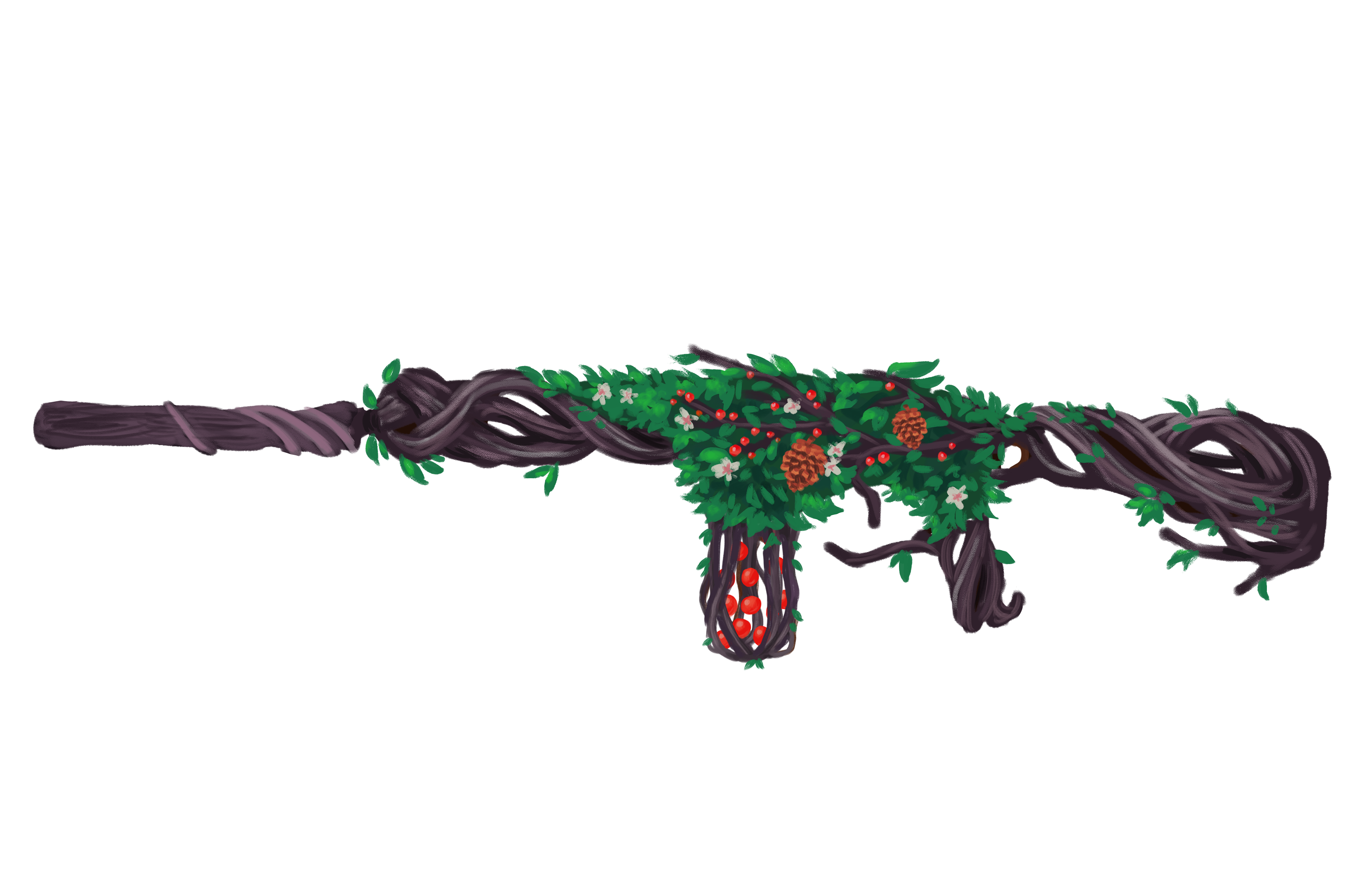 Winter color version of the gun. 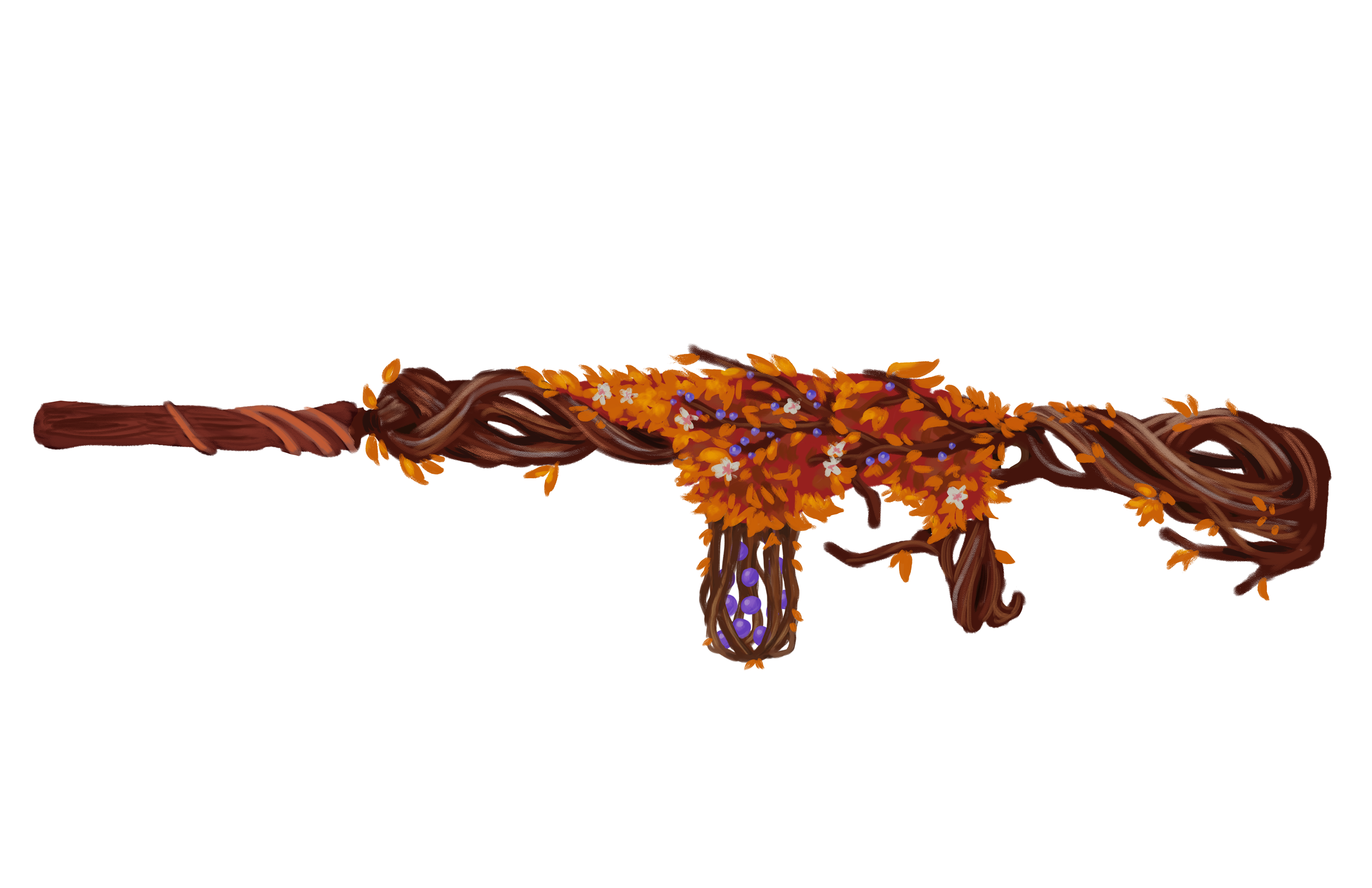 Autumn color version of the gun.

Super Soaker Spectre
This was a quick exercise I did to start getting in the mindset for designing gun skins. 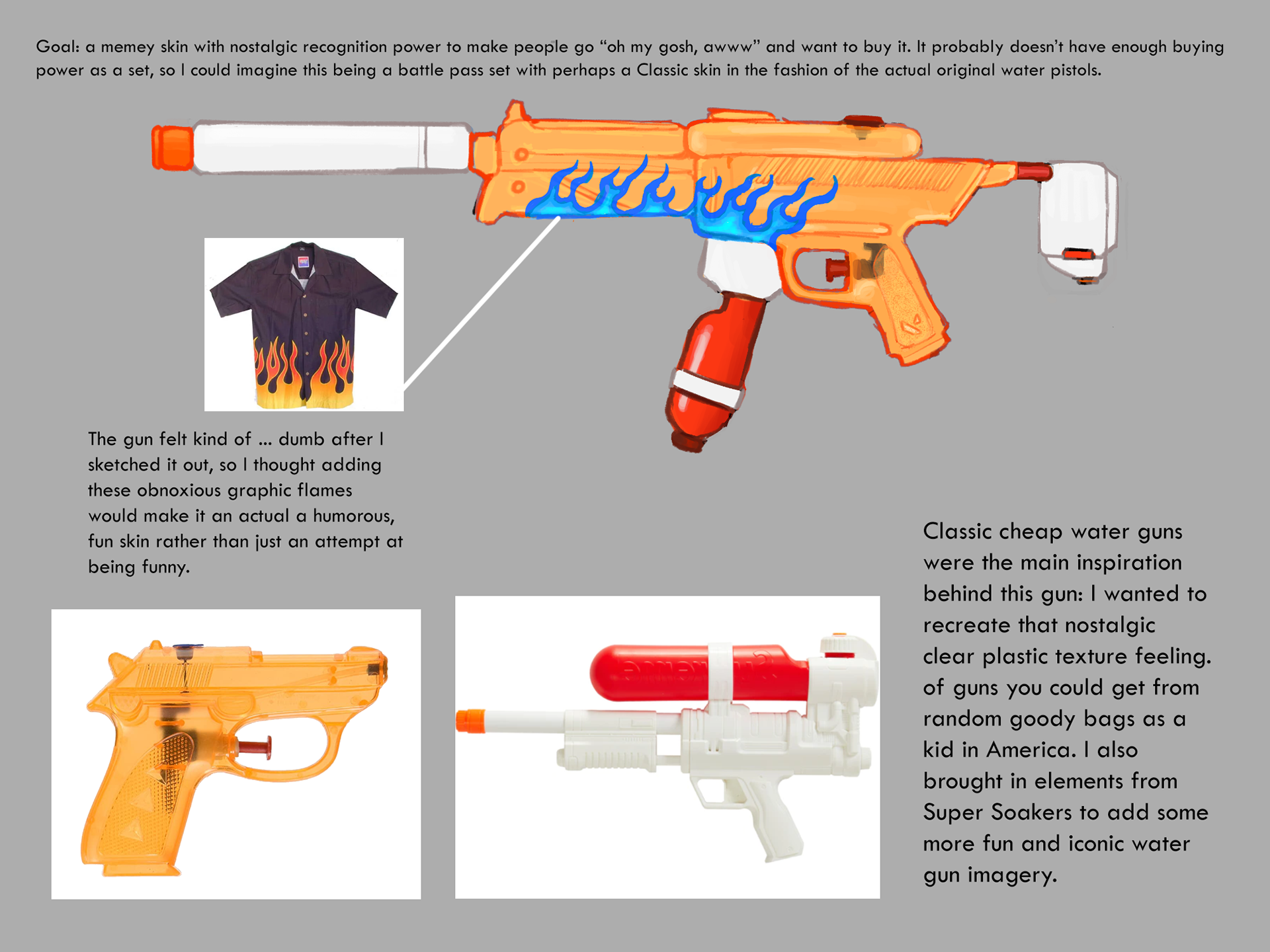 DETOUR BUS
↑Back to Top